“We need to stop thinking of the cultural regimes in cheese as individual strains of bacteria or fungi. It is the reductionist industrial approach to cheesemaking that has singled out what are believed to be the important players in an evolving cheese; the minor players have been cast aside and forgotten. Yet it’s the combination of the important players and their supporting microorganisms that make for healthy cheesemaking. For it is not an individual species that makes a cheese, but a community of microorganisms.” – David Asher 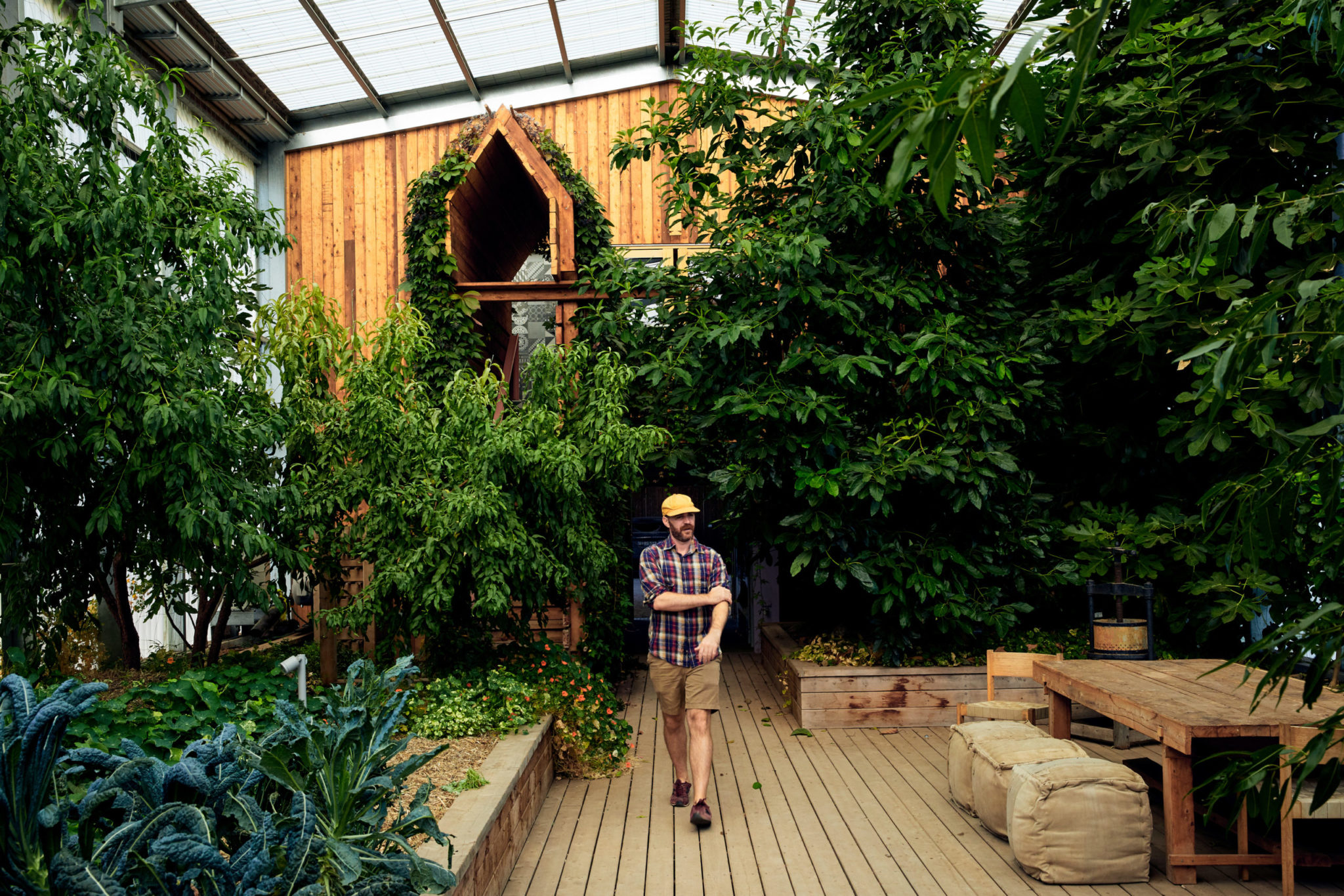 We were lucky to have one of the staunchest supporters of natural cheesemaking, David Asher, teach a 5 day cheesemaking masterclass at Daylesford Longhouse. A self-described “guerilla cheesemaker”, David advocates for raw-milk cheese made with natural fermentation.

Traditionally, cheesemaking relied on the rich microbial communities indigenous to raw milk, often accentuated by the practice of backslopping, which means incorporating a little of the previous batch into each subsequent one.

Most cheese made today is produced by pasteurizing milk and adding freeze-dried cultures to give life to that now lifeless milk. David says, “Even raw-milk cheesemakers add these same microbes to their milk, they don’t understand its innate ability to ferment.” 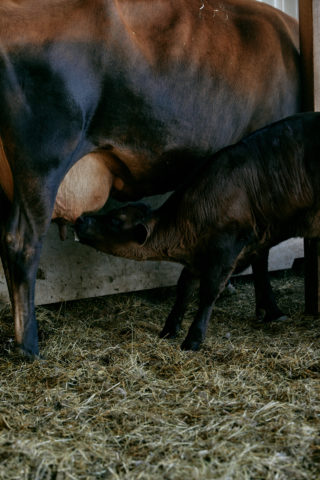 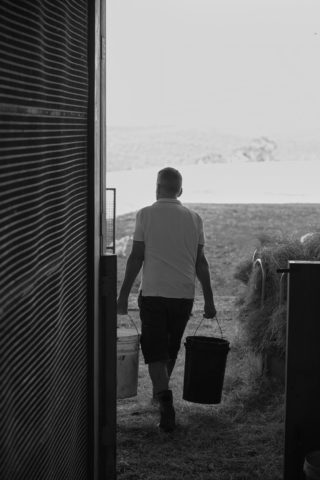 Most of the contemporary practice of cheesemaking relies on the use of laboratory-derived pure-strain cultures, whether it is on the farmstead, at factories where cheese is mass-produced, or in the homes of hobby cheesemakers. These pure-strain cultures represent a radical departure from the entire earlier history of cheesemaking, which thrived on the microbial biodiversity within milk. David is reclaiming this earlier cheesemaking legacy. He describes his own cheesemaking philosophy as being similar to sourdough making, “by adding a culture that [he keeps] like a sourdough starter”.

His five day masterclass at Daylesford Longhouse was an in-depth exploration of the many possibilities of cheese, and ranged from culture propagation, to rennet coagulation and affiance. He offered participants great practical information on how to work with raw milk, along with widely available kefir grains, crème fraiche and yogurt, to encourage different types of microbial communities for different types of cheeses. 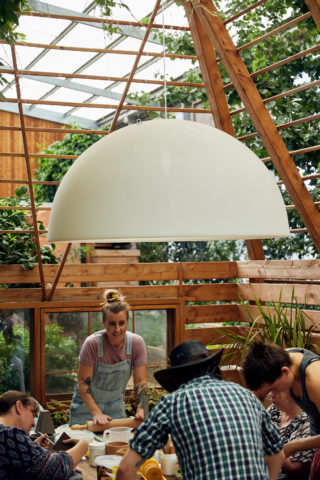 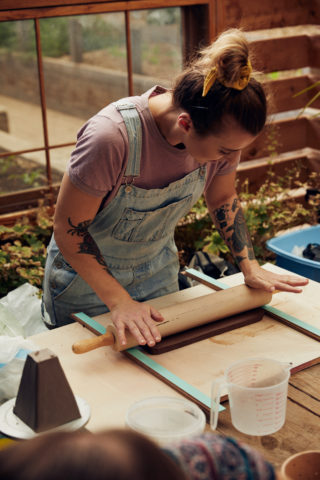 There were many highlights in the workshop, but one was exploring the world of rennet cheeses. We prepared the basic curd in the morning, that would be the foundation for many different styles of cheese. The milk was first warmed up, before a microbial culture such as kefir was added to the warmed up milk. The cheese sat briefly and rennet, an enzyme that comes in calf and goat kid stomachs which helps them digest their mother’s milk, was added to the warm inoculated milk. The thickened milk (or curd) was then cut with a long knife and slowly heated again. Participants took turns stirring with their hands, until the curds began to firm up to the consistency of poached egg whites. David recommends using your hands directly because it is a good way to stay connected with your cheese, allowing you to get a feel for the temperature and consistency of the milk and curds. The whey is poured off, leaving a mass of curds behind. 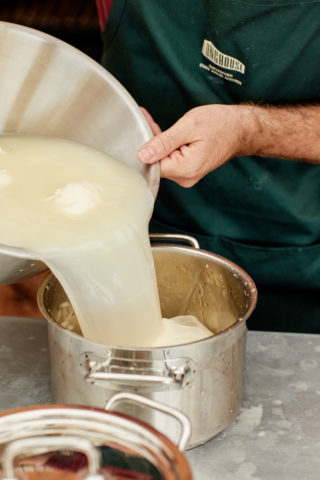 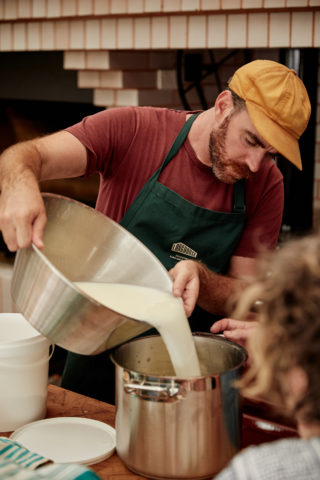 The curds are pressed into a cheese mold, expelling the whey, causing the curds to take on the familiar wheel of cheese shape. Participants learnt how to make traditional ceramic cheese molds with the help of potter Emma (@pom_me_granite). We also used natural molds to prepare the camembert to encourage the fast growth of their white rinds. David says, “Regular use of natural forms without washing in-between imbues them with culture from the curd. Over time, the geotrichum fungus of the culture forms a rind on the form, that dries between use, and comes alive with every feeding. Likely the culture protects the form from unwanted microorganisms.” 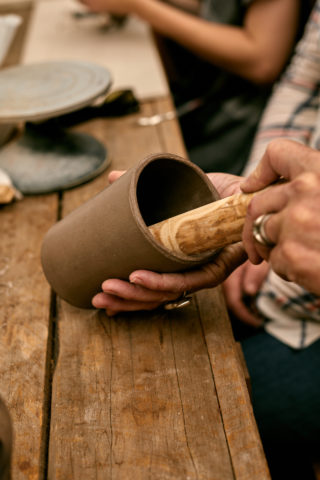 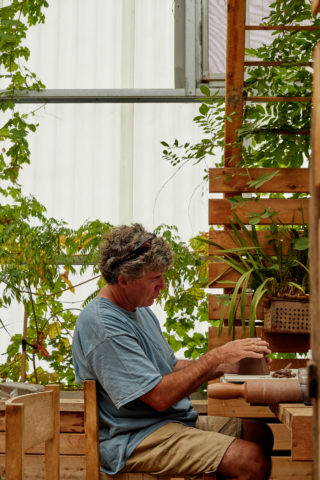 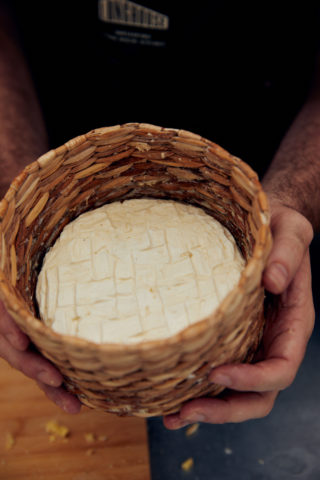 Participants also had a go at making stretched cheeses and dabbled in the world of blue cheese! 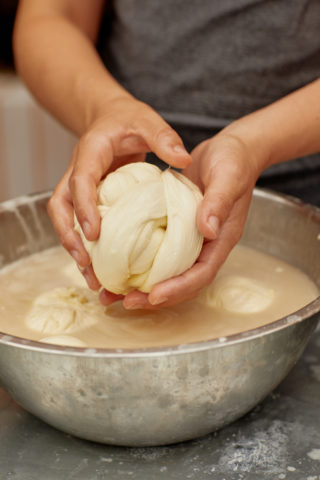 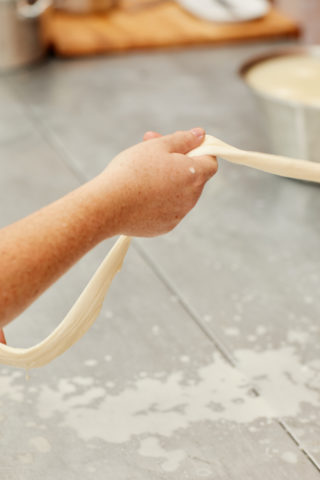 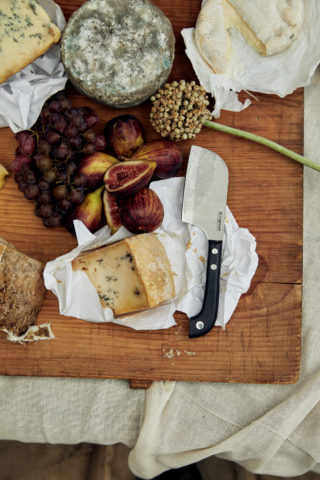 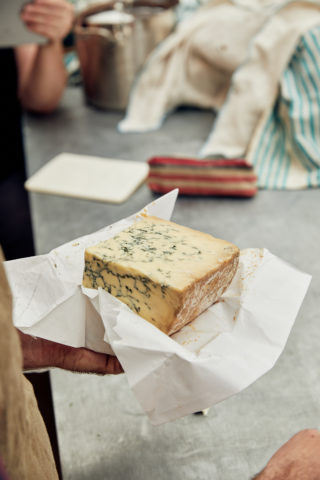 Over the course of five days, we were all blown away by the diversity of cheeses that evolved from the very same milk, with the same culture and the same rennet, as we were walked through the many stages of their evolution. There were no freeze-dried cultures or synthetic enzymes used in any of our cheeses that day! All cheeses relied entirely upon microbial communities indigenous to the milk, or those of kefir. 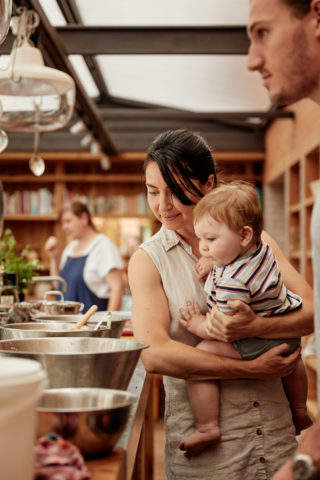 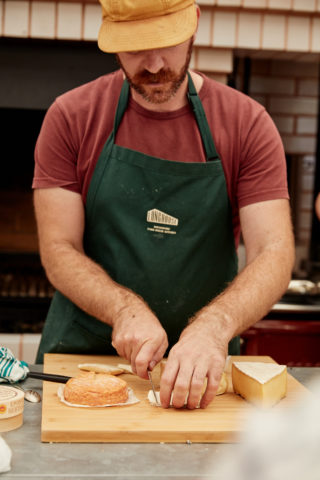 David offered a bold vision of cheesemaking as wild fermentation – so relevant in the context of a broader fermentation revival, in which diverse ancient fermentation traditions are being reawakened and explored anew after a period of eclipse by industrial production. The cheeses are tangible representations of how possible it is to make and age good cheese without complex equipment and with only the cultures in raw milk or kefir. Truly inspiring and empowering.